Bedtime songs on Christmas Eve,
I hardly see him in the light-
My little boy who fell asleep
As I was singing “Silent Night.”
My thoughts go to another place,
Another night, another bed,
Another boy whose mother watched
As He laid down His little head.
He soon would know His Father’s voice
And He would feel the angel’s hands.
But as a boy, I think it was
His mother’s voice He’d understand.
I can see them by a fire,
Reading scripture, learning prayer.
As He grew in grace and truth,
I imagine Mary there.
Spirit-led, she taught her son
With faith so bright and words so mild.
He learned his mission at her knee,
As she nurtured God’s own child.
I still forget my little one
Has also walked on clouds above.
And, trailing glory, looks to me
To show him all his Father’s love.
God could thunder through the skies
And send His angels flying near
To spread His word in strength and power…
But that’s why He sent mothers here.
Like that mother long ago,
I’ll teach you truth and show the right.
So sleep my child in Heavenly peace
And know you’re loved this Silent Night.

Purchase “When Mommy’s Home with Me” 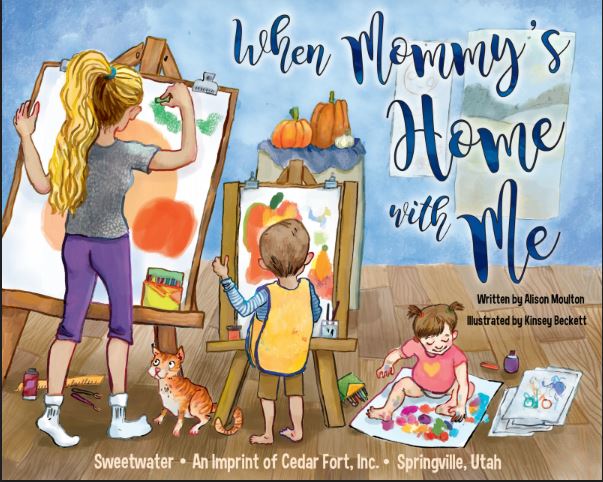 Purchase “Up Kind of Day”